From a collective vision
to mobilisation

In 2018, the European Civic Forum and its member organisations initiated a campaign: Make Europe Great for All

The objective was to stand up together for Solidarity, Justice and Rights for ALL, against the rise of regressive tendencies all over the globe.

In 2018, as the 70 anniversary of the adoption of the Universal Declaration of Human Rights was nearing, we called upon all the civic actors, organisations and movements, all citizens, that support the fight for rights and justice, equality and solidarity, liberties and democracy, that want our planet to be a better place for present and future generations, to join us in a symbolic but visible “No day without us” all across Europe.

Given the success of the first edition, civic actors and organisations stood up again in 2019, calling this time for a “Civic Pride”, calling upon institutions to recognise their role in the societies.

In just two years, more than 2000 organisations and activists took to the social networks to express their pride for working in solidarity for rights and democracy for all, impacting about 4 000 000 people worldwide.

See our reports from previous editions 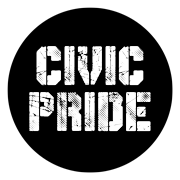